Coming on the heels of Beyoncé “4 Intimate Nights with Beyoncé” dates, Beyoncé unleashes the brand new video of “1+1” which she refers to as “my favorite song.” Click HERE to watch. 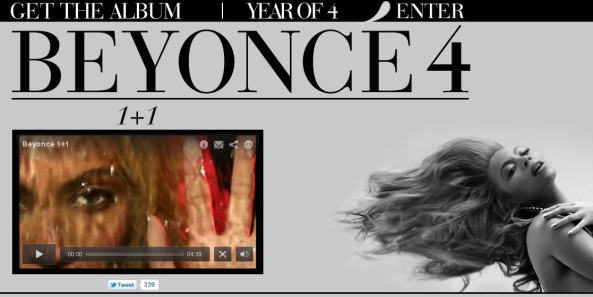 Directed by Beyoncé, Laurent Briet and Ed Burke, the “1+1” video is the story of love at its best. It’s about commitment and fulfillment and it’s Beyoncé at her most beautiful. The video experiments with psychedelic visual effects and innovative lighting that gives the clip a cinematic feel.

“1+1,” which Beyoncé first performed on the season finale of American Idol, is the first song on the album. Also watch the dress rehearsal clip backstage at AI, “Pregame” which became an instant viral hit as soon as it hit the web.