“Unang Hirit” open’s the week with Beyonce’s “Love On Top” which Regine Tolentino used for her Dancexercise segment. Watch it below:

“Love On Top” music video is currently at #19 (Last Weeks#16) on MYX Int’l Charts (MIT20). It’s included in Beyonce’s “4” album and featured in the “Live At Roseland: Elements of 4” Deluxed DVD which was launch last December 10 at Astroplus The Block and Odyssey Megamall. See photos from the launch HERE.

Spot.ph also named “Live At Roseland: Elements of 4” Deluxed DVD as one of their “10 Things We’re Loving Now”. Click HERE to see the article.

Grab a copy now of Beyonce’s “4” album and “Live At Roseland: Elements of 4” Deluxed DVD.

BEYONCÉ FANS! “Live at Roseland: Elements of 4” 2-disc Deluxe DVD will be out on December 10.

To celebrate, Astroplus The Block & Odyssey SM Megamall will give away FREE button pin for every purchase of the Deluxe DVD (PhP750) plus a chance to win a limited edition HEAT RUSH perfume and Beyonce’ standee!

Spread the word and visit facebook.com/ivorymusicandvideophilippines for more updates.

Here’s the sneak peek to Beyonce’ ‘LIVE AT ROSELAND:ELEMENTS OF 4’ DVD: 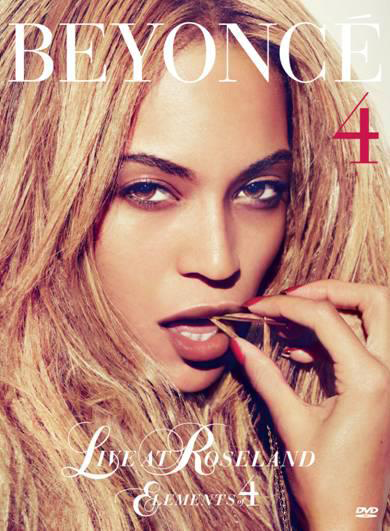 ‘LIVE AT ROSELAND:ELEMENTS OF 4’ DVD includes:

Roseland: Behind the Stage

Is your heart racing yet?! Always visit http://www.beyonceonline.com for updates on this exciting DVD release.

The David Archuleta story began on Dec. 28, 1990, the day David was born to Jeff and Lupe Archuleta in North Miami, Florida. His father was a jazz musician who was always playing the trumpet around the house. His mother was a singer who performed locally with her three sisters in a group known as the Mayorga Sisters. David always enjoyed music, but wasn’t particularly fond of his dad’s jazz trumpet playing, covering his ears “because it was so loud.”

But then came one of those pivotal moments, when David was six years old and watched a videotape with his younger brother as his family was relocating from Florida to Utah. It was the 10th anniversary concert of the stage musical “Les Miserables” and David became captivated with the music, playing the tape over and over, memorizing each song, complete with cockney accents. Then he discovered and fell in love with other musicals like “Evita” and “Into the Woods.”  He also listened to his mother’s Selena and Gloria Estefan albums, but he didn’t pay attention to radio much and wasn’t really aware of pop music, until he watched the first season of “American Idol.” 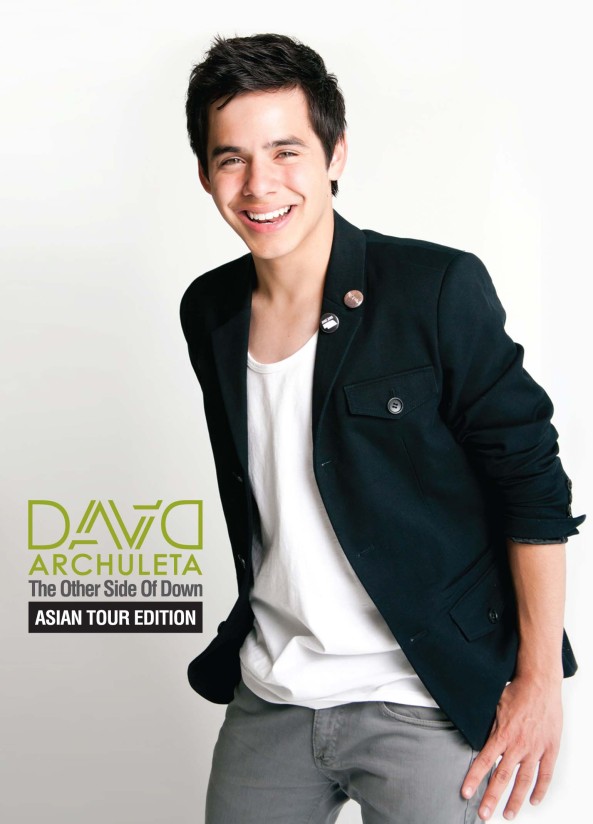 He was first mesmerized by Tamyra Gray when she opened the Top 30 semifinals with her outstanding performance of “And I Am Telling You I’m Not Going.” It was the first time he was aware of how expressive and soulful music could be, and what it was like to vocalize emotions. This was perhaps the most pivotal musical moment of his young life, the first step on the path that led him to who he is today, a musical prodigy, the runner-up for the seventh season Of “American Idol” and the newest artist signed to 19 Recordings/Jive.

The rest, as they say, is history.

Check out The Other Side Of Down: Asian Tour Edition which is now available at major record stores nationwide. It includes the new hit single, Everything and More.  It will also include four other tracks: Zero Gravity (from Spiderman), Love Don’t Hate, How To Breathe, and Wait. The repackage will include Karaoke versions and Lyric Booklet of the original music videos of: Crush, A Little Too Not Over You, Touch My Hand, and Something ‘Bout Love.

In the summer of 2010, Leona Lewis welcomed audiences across the UK to see her live on tour for the very first time.  The setting of The Labyrinth tour, realized by Leona in collaboration with creative director William Baker (known for his work with Kylie Minogue & Britney Spears), allowed her to present her biggest hits in a beautiful, dreamlike setting and was acclaimed by critics and fans alike, with the tour cementing her as an exciting live artist as well as an incredible vocal talent. Fans around the world can now enjoy that magical experience with the release of the full 90 minute show, filmed at London’s O2, on DVD and Blu-Ray.  The DVD format also includes an exclusive bonus CD, featuring 10 live fan favourites. Here’s Leona performing her version of First Time Ever I Saw Your Face live at The 02 as part of the Labyrinth tour. Visit www.leonalewismusic.co.uk/ph for more info on Leona.

American Idol runner up Crystal Bowersox has just released her debut album ‘Farmer’s Daughter’ last December. Her music video for the emotional title track, ‘Farmer’s Daughter’ was directed by Meiert Avis who also worked on videos for U2, Bruce Springsteen, Chris Cornell & Paramore. Check out the video below and visit www.crystalbowersox.com for more news and updates.

“We R Who We R” which debuted at number one on the Billboard Hot 100 is included in Ke$ha’s “Cannibal” album, the follow up companion album to “Animal.” The music video was directed by Hype Williams and was filmed in Los Angeles. Check out the video below and visit www.keshasparty.com/ph for more news & updates.

Viva ELVIS: The Album is a 21st century celebration of Elvis and his music and feature the voice of the king in a whole new context. Never straying far from the mood and brilliance of the originals, the 12 songs from Viva Elvis: The Album bring his masterpieces bang up to date for the today audience. Check out the music video of “Burning Love” and visit www.elvisthemusic.com/ph for more news & info.

Check out the great and visually haunting latest video from the Kings Of Leon, “Pyro.”  The video was directed by Casey McGrath & Max Goldman in NYC. “Pyro” is included in KOL’s fifth album “Come Around Sundown” which Rolling Stone magazine placed at #18 on their list of the Best Albums of 2010. For more info on Kings of Leon, visit www.kingsofleon.com.

For all the beautiful people, check out this montage of clips from Burlesque set which creates Christina’s new video “The Beautiful People.” Grab a copy of Burlesque movie soundtrack in stores now. Also visit www.christinaaguilera.com/ph for more news & updates.