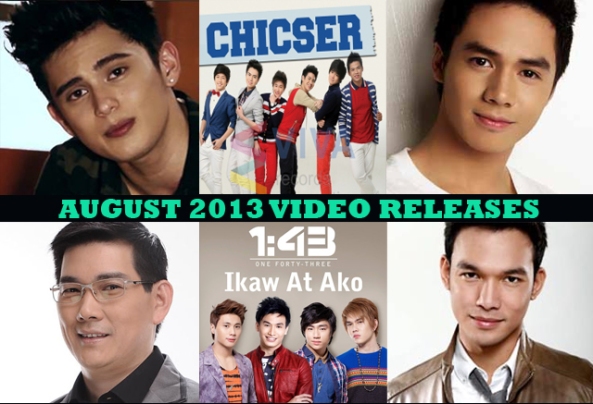 Male singers take on the spotlight this August! Two are winners from ABS-CBN hit shows/talent search, Little Big Star (Sam Concepcion) and Pinoy Big Brother: Teen Clash 2010 (James Reid), another two are boy groups 1:43 and Chicser, who are both stealing the hearts of teens today much like how balladeer Chad Borja (whose now making a comeback) used to do back in the 90’s and Mark Bautista in 2003 up to now. Let’s see who else have released their official music video’s on YouTube this month!

Click below to see the rest of the videos release in August:
END_OF_DOCUMENT_TOKEN_TO_BE_REPLACED