Here are the latest news about your favorite OPM & US artists (Week of September 2 to 8, 2013)

Check out photos of EEVEE, CUESHE and BBS from their tour in various radio stations to promote their newly released albums under Sony Music.

2009 Nescafe Soundskool winner EEVEE made their ‘Paramdam‘ on radio last September 28 to promote their 2nd single ‘Waiter‘ which is now climbing the charts of RX93.1 at #12 this week and on Pinoy MYX Countdown with their music video debuting at #18!  The band is included in the Mossimo Band Entourage, who along with Kiss Jane and Letter Day Story, kicked off the tour last weekend in 3 Mossimo branches namely at SM San Pablo, SM North Edsa and SM Mall Of Asia. For upcoming gig sched, visit www.facebook.com/eeveeband.

CUESHE returns after a two year break with a new album entitled ‘LIFE.’ Their new single ‘Pangako‘ is also on heavy rotation in various radio stations where they recently visited to invite fans on their album launch this Friday, October 8 at Tiendesitas. Check out the photos of the band below: 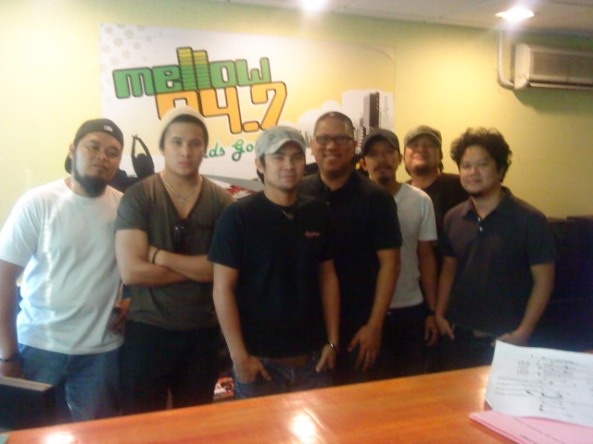 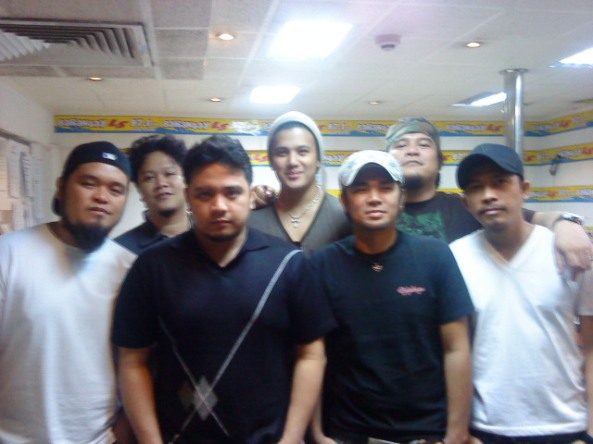 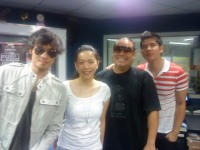 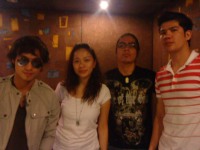 SME Philippines 30July2010 – You have seen extreme worlds of a Yaya from Cebu named Claring and a Rich Young Brat Kean collide in this funny and heartwarming teen barkada story. Now you can have a better feel of their relationship as Sony Music releases “Song From And Inspired by the Hit TV Series ‘BFGF’”.

The TV5 series led by Callalily lead vocalist Kean Cipriano and one of the country’s most promising teen actress/host Alex Gonzaga, is slowly gaining popularity especially among teens. The soundtrack features the Callalily hits “Gabay” and “Hintay.” It also includes songs that every teenager could relate to like scenes from the show: “Gusto Ko Lang Ng Girlfriend” by Eevee, Kiss Jane’s “Kahit Na”, “Nababaliw” by Letter Day Story, Moonstar88’s “Tadhana”, “Gusto Na Kita” by 6cyclemind and many more.

“Song From And Inspired by the Hit TV Series ‘BFGF’” is now out in CDs under Sony Music. To download ringback tones, truetones, full track music from the album, just text SONY to 3456.